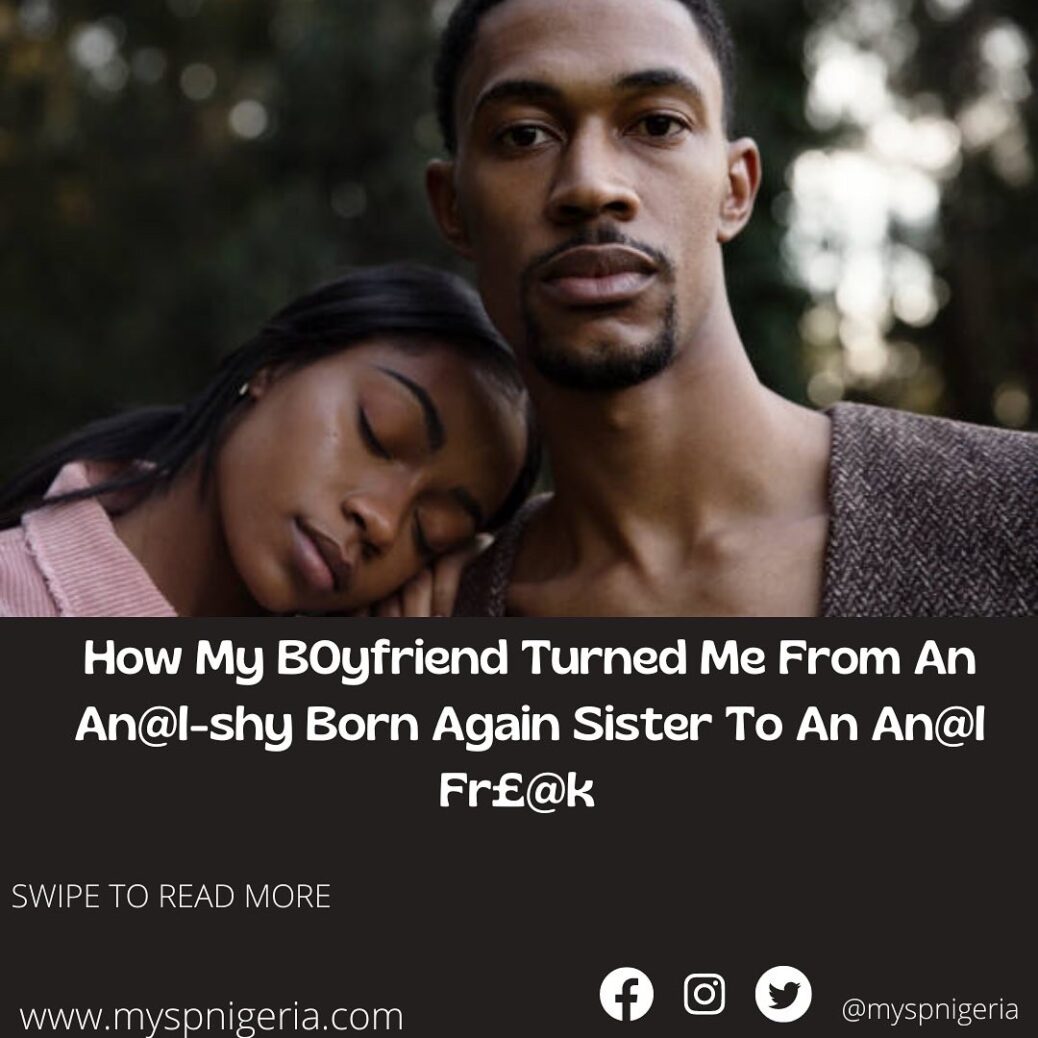 Segun has been talking about his new fantasy which is an@l s£x & anytime he brings it up I get scared as I assume no pleasure comes from that h0le. But he’s always saying we should give it a try & we’re this couple who always explores in the bedroom.

Also, I really want to try it but I’m not willing to risk hurting my a§§. So we got a stainless an@l plug from myspnigeria. On the day it arrived we were so eager to try it out but we didn’t.
The next day was a public holiday for the Sallah break & we stayed at home all day & around 5pm after I just came out from the bathroom, my man, my darling, this love of mine brought the stainless plug, asked me to lie on my stomach with my butt pushed up a little then he g0bbled so much lube on the plug & nudged my a§§ with it, I really tried to relax as I felt it slide into me.

When he finished he spanked my a§§ then left me to dress up as he went into the bathroom to shower too. After dinner, we sat down to watch doctor strange in the multiverse of madness, which we were both not paying attention to as his hands were all over me & the plug in my b^tt h0le was a huge distraction for me.

My man leaned in to me & whispered “tell me what’s under that dress again?” I smiled & used my s3xiest voice, “oh, just some little red  panties & oh let’s not forget the plug in my a§§.

He grabbed me & held me against him so I could feel him getting hard, I let out a moan to tease him a little more & that was all it took. He turned off the TV & led me into our bedroom & in a flash  his hands were exploring the mechanics of my lingerie.

“You’re such a tease” he murmured in between kisses then he took my n!ppl£s in his palms  & played with them. That was exciting which made me s^ck on his t0ngue a little too harsh & he also tightened his fingers around my b00b§.

I pinched the back of his hand & he got the message that I wanted my n!pples tweaked which he did diligently.

I watched him str!p until he was standing bare all the while locking eyes with me, I was transfixed at what I saw, I see him like this everyday but this moment he looks just perfect & I just want him real bad.

I opened my legs to him in invite, “it’s all yours, come for it”. “I want to f^ck your a§§,” Segun whispered hoarsely.

“I want you to f^ck my a§§,” I whispered & smiled back. He reached under the pillow & brought out the water based lube which he bought together with the other t0ys from Mysp Nigeria.

He put a globule on his index finger & nudged my a§§. His finger slid in easily in as far as his first knuckle. I gave a little sigh, he repeated the process for a while then poured a generous amount of lube on his c0ck, trailed it all over & slid into me, at this point I was all worked up & acess was easy.

He started thrusting slowly & once he realized his fantasy became a reality all restrain vanished.

He grabbed my h!ps, closed his eyes & he started p0unding, he started massaging my cl!tor!s in the steady way he knows turns me on & my excitement increased, my b0dy started to convulse & then my b0w£l squeezed hard on his c0ck as I grinned into a shuddering orgasm.

My body went limp but Segun continued his frenzy as he held me up by my hips, again he slapped my buttocks, I gave a shrill squeak. He grunted & groaned as I felt his c^m blast my dark depths.

He pecked my waist before he pulled out to go to the bathroom and that was how I fell flat on the bed. We showered together, got into bed & pillow talked about the whole ordeal.

The toys we got from myspnigeria were just the perfect way to go on trying out our fantasy & yeah we are definitely trying this whole act again.