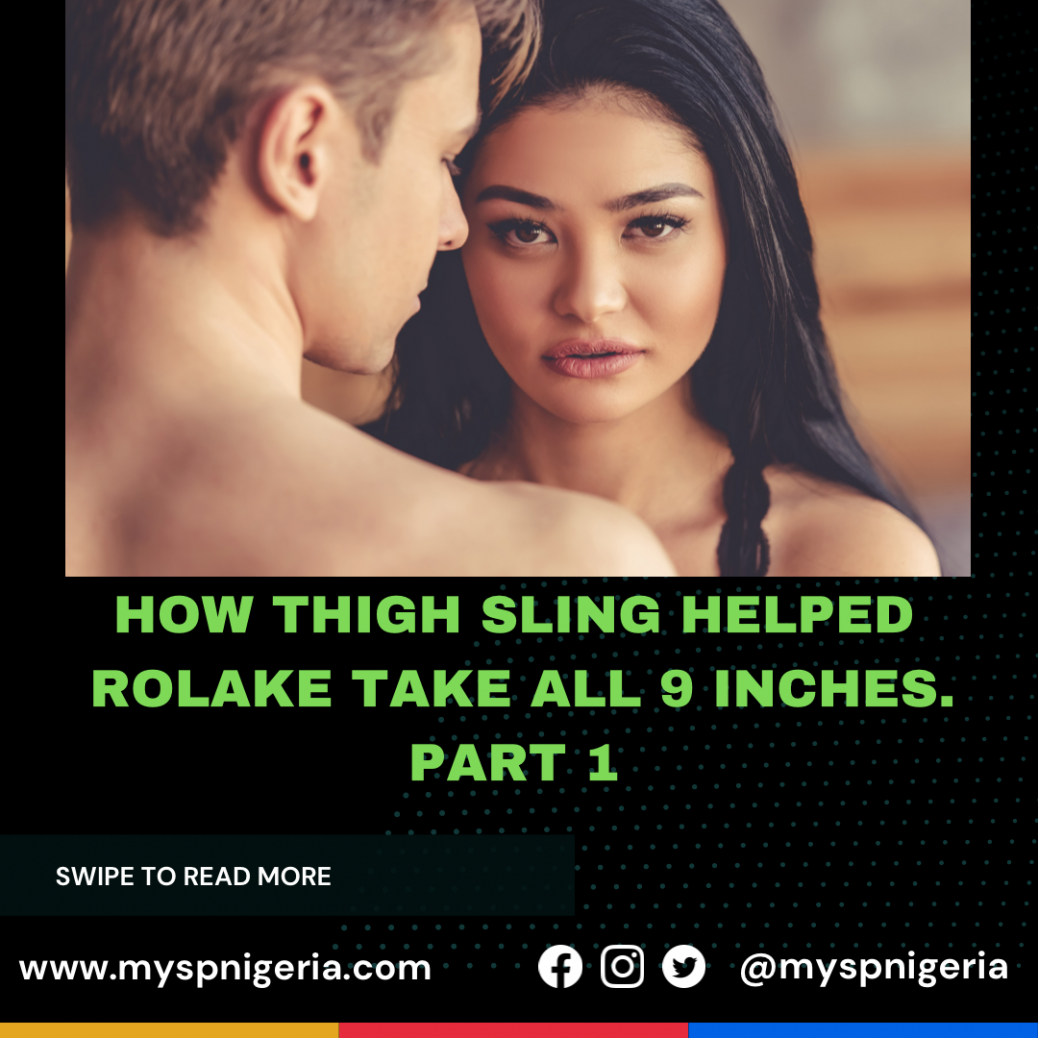 You don’t meet a woman who wants to work on taking every inch of you especially when you are built for women with more capacities.

We met via a popular dating app and we just got off a bad break up, I was in absolute shock when this 27 year old lady who looked so much like a 15 year old. I had to ask for her International Passport as proof as I was not ready to get trended on twitter for statutory rape.

Rolake was a dark lady, with perky t!ts and a$s, she could bend in pictures to give her curves and after barely 5 days of chatting, we allowed only s?xual discussions and got fr?aky with each other. We both took on a pact not to rush to find love and agreed to meet when konji almost leads us to our respective exes.

3 weeks in and my o my, I have never felt such s?xual tension in years.

Contrary to her stature, Rolake fits the popular hype phrase: “small bumbum dey shake!”, she sends s?x traps and videos of her twerking and on very good days, a strip tease, I on the other hand with an absolutely ripped upper body has very little to do when it comes to turning any woman on, I would often go ahead to tease her on how my chest would fit better into a bra because I know I got it all packed up. Lol!

I have only seen her cleavage and her strip tease is so perfect that she always stops at her navel and never goes below, but I guess it was about to get better for us.

We only communicate on the app and asides from our real first names and half naked pictures, we did not share any other information with each other, so its pretty much of a big deal that we still communicated after 3 weeks.

I went out with the boys on this Friday night and I texted her, I was drunk and the s?xual tension had me pushing for so much more, it was a good night and she got in the groove so well, we finally exchanged our whatsapp contacts and she put a call through, I had my deep musky voice in place and the alcohol helped make my voice sound deeper, apparently, the musky voice turns her on. As correct guy, there was no way I was not going to build on that momentum.

I switched to video calls and I was dazzled by the image I saw, she had her singlet lifted and I could finally see the full image of her perky t!ts, her n?pples stood firm and it could be mistaken for the tip of a cone, I visualized sucking on them so much that it had a real effect on her reactions, I wanted to suck on them so bad at the moment.

She squeezed and pulled so much that in no time, I could hear her moan and her other hand disappeared. I repositioned my phone so she could see more of my body, to reciprocate, she did same. My o my!

I have not been with many petite ladies, but this woman here was sexy as fuvk.

She had very tiny waist and her hips were superficial as you would never expect such on a small woman’s body, her perky t!ts had more flesh than I could denote from all the previous traps she has sent. O boy, not bringing out my Young John and stroking was so much work.

I wanted to ravage her there and then, she decided to pull her panties down slowly, she had kept a small bush that was an arrow and it made me look into my phone like I wanted to appear at the other side of the phone.

In a faint voice, she asked: “can I see what you’ve got?”

I could not afford to rush this so I started slowly by reminding her of my rock-like upper body, with my hands working its way from my protruded sweaty chest down my ripped abs, I saw her gesticulating what would seem as though she was yearning to touch me.

I slowly pulled down my briefs as the strap pulled my rock hard member down, I looked through the phone’s screen only to see my counterpart jaw-dropped.

In her words: “there is no way in this world we would be having s?x.” I did not know if that was a compliment or me just being warded off the s?x zone completely. She asked how long it was and I told her I was not sure, she made me take the measurement with my ruler and I was actually surprised myself. I had a pretty impressive length at full form; length of 9 inches and girth of 3.5 inches so you can imagine how big I am.

I became a full blown stripper as I had to show her how much waist work I had in the bag. It was a good night and we switched to talking as she was ready to use her konji card with me.

We decided to exchange information finally and to my surprise, she came to visit a friend of hers not too far away from where I am.

Stay tuned for all that’s set to happen later tonight.