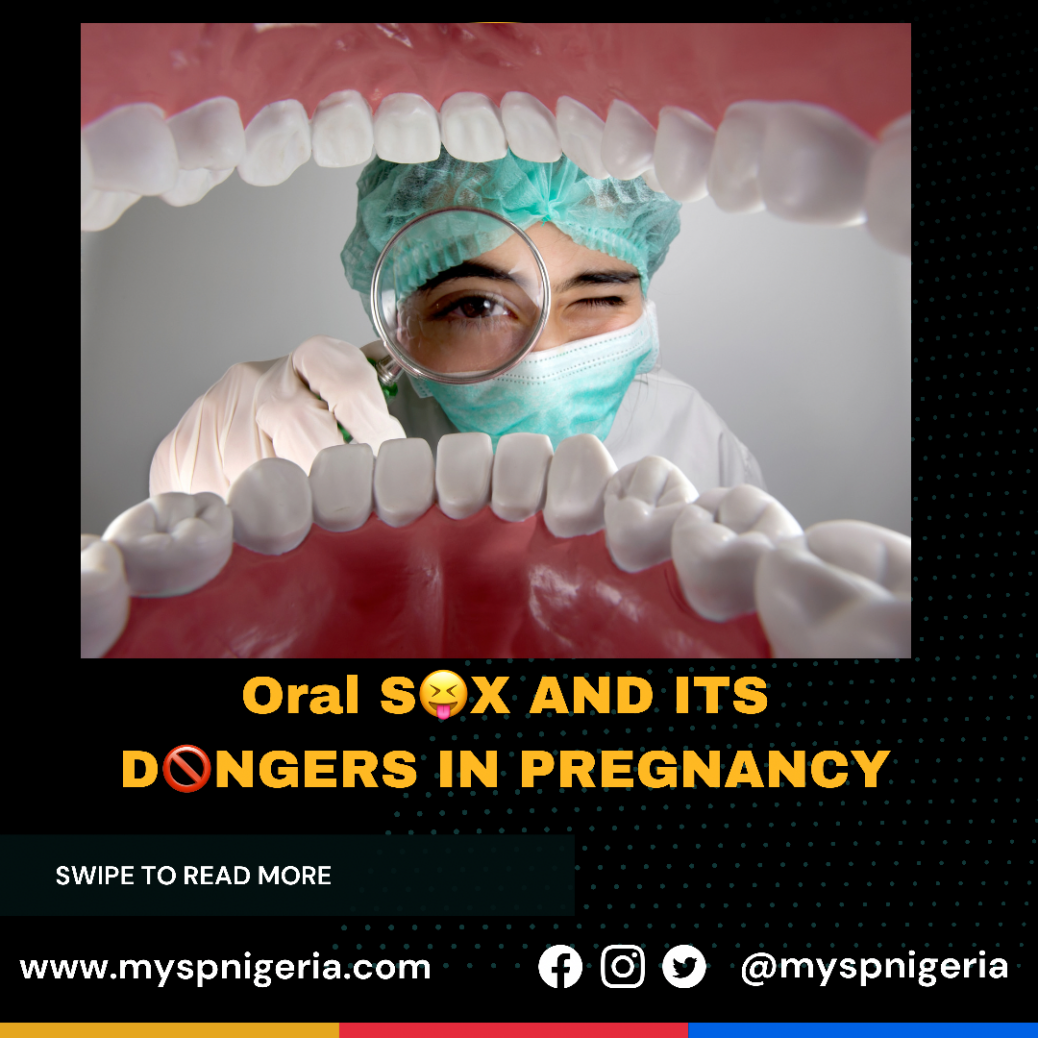 If you are having oral s?x with a pregnant woman, be sure not to blow air into her vag!na. It has the potential to result in a blood air bubble forming in the patient. Such a situation may put mother and child in grave danger. This may lead to a risk of an air embolism because of the dilated blood vessels in the vagina, adds Dr. Minken. In other words, air may cause a blood artery to get blocked, which might have an adverse effect on your cardiovascular system (and even cause death in rare occasions).

As well as impacting fetal growth, an air bubble in the placenta might potentially be harmful to the mother. Air embolisms, on the other hand, are very uncommon and simple to prevent, according to Dr. Minken. No air should be blown into the vag!na. Because of the increased blood flow, your capillaries, particularly those in your vagina, become more sensitive when you’re pregnant.

This implies that even light fiction may cause blood vessels to burst. Although the bleeding is alarming, it will not damage you or the baby in any way.

The risk of catching a STI, such as HIV, gonorrhoea, or chlamydia, during oral s?x with a pregnant woman is also a worry. Most alarming is the herpes simplex virus, which may be transferred to a newborn after delivery and may lead to issues such as neurological impairment, brain inflammation, and even death in certain cases.

According to the American Sexual Health Association, the fetus has the greatest probability of acquiring neonatal herpes if the mother develops it during the third trimester (ASHA). Pregnancy interferes with the immune system’s ability to produce antibodies against the virus.

Because herpes-infected pregnant women are more likely to require a C-section, it’s ideal to prevent transmission altogether. Use a dental dam if you’re hesitant and only engage in oral s?x with a partner who has been tested negative for STIs. A cold sore that’s open or feels like it’s growing should be avoided since it might be an indication of herpes.

Third-trimester pregnancies shouldn’t be shared with anybody who has had an open sore or blister (even if he or she has no current symptoms, since they may still carry the herpes virus).

Keep in mind that having oral s?x and swallowing sperm while pregnant is completely safe.

Always wear a dental dam to protect yourself against untested partners or those who have already been diagnosed with a STI. If you’re uncertain about having oral s?x while pregnant, talk to your doctor.